Back to all posts

Terry will be playing solo at 5pm Saturday, February 4 in downtown San Diego at the 40th Annual San Diego Chinese New Year Fair.  In addition to this, Terry will accompany singer Katherine Ho on guitar for her set at 7pm as well.  Katherine had a song on the soundtrack for Crazy Rich Asians and was also on the television show The Voice.  Please join me for both of our sets! 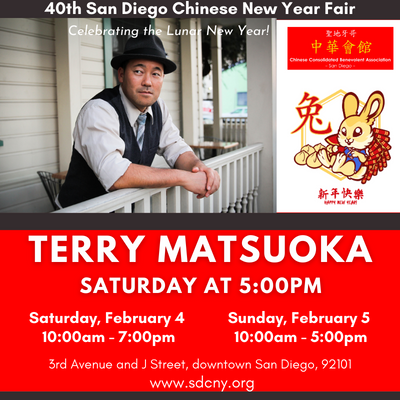